More than six years ago, after having been given four months to live, Leonardo decided not to even think about it, because he had too many dreams and too many things to do.

Leo apologized to his mother for his “incurable disease” (a stage 4 lung cancer that had spread to the brain and to other parts of the body) and, in order to take forward, he celebrated New Year’s Eve in November. After having rolled up his shirt sleeves, he worked hard to make the remaining time the best possible.

A marathoner, Leonardo challenged his cancer: “If keep on running, will you keep up with me?”. And his guest – as he called his cancer – had to resign to following him to New York in two different marathons. Last year Leonardo broke his personal record, completing the New York marathon in 4 hours and 6 minutes. He dedicated his achievement to all cancer patients.

The true entrepreneur of himself, Leo decided to build a new life, moving heaven and earth to improve the life of all cancer patients. Therefore he founded a non profit organization, named “Avanti Tutta!“ (in English: Go ahead!), that materially helps hundreds of patients in Perugia, the beautiful city where he lived in the center of Italy.

Soon, thousands of patients around the country started to follow him on social media, receiving (and giving back) strength, encouragement, and positive attitude. 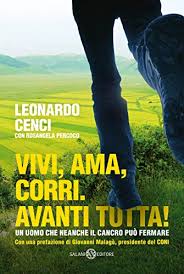 Every single page of his book testifies Leonardo’s will to make his points understood:

✓ sick does not mean surrender;

✓ hope does not mean illusion;

✓ being aware does not mean giving up.

Unexpectedly, and very sadly, the perfect balance between malignant and healthy cells of his body broke in the late autumn of 2018. Leonardo passed away on January 30, 2019.

to the Leo’s spirit,

Read the Leo’s word from his book 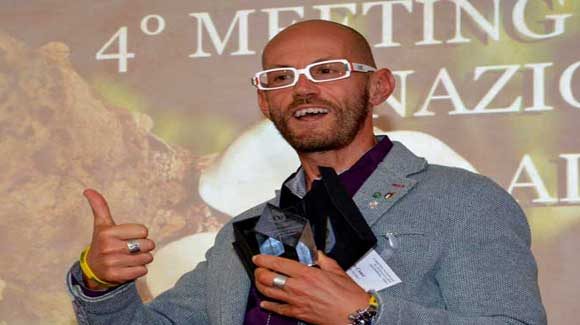